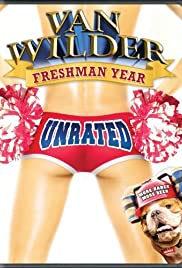 It is freshman year at Coolidge College and Van Wilder is ready to party. To his dismay, all the girls have taken a vow of chastity and the dean rules the school. Van embarks on a crusade to land the campus hottie, Kaitlin, and liberate his school from sexual oppression and party dysfunction.