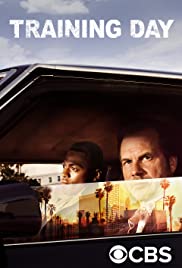 Fifteen years after the events of the feature film, Kyle Craig is assigned to go undercover in an elite squad of the LAPD as Detective Frank Rourke’s trainee to spy on him and report on his off-book methods. As Frank starts teaching his principled trainee the way of the streets, they form an uneasy alliance that will change the course of both their lives irrevocably.