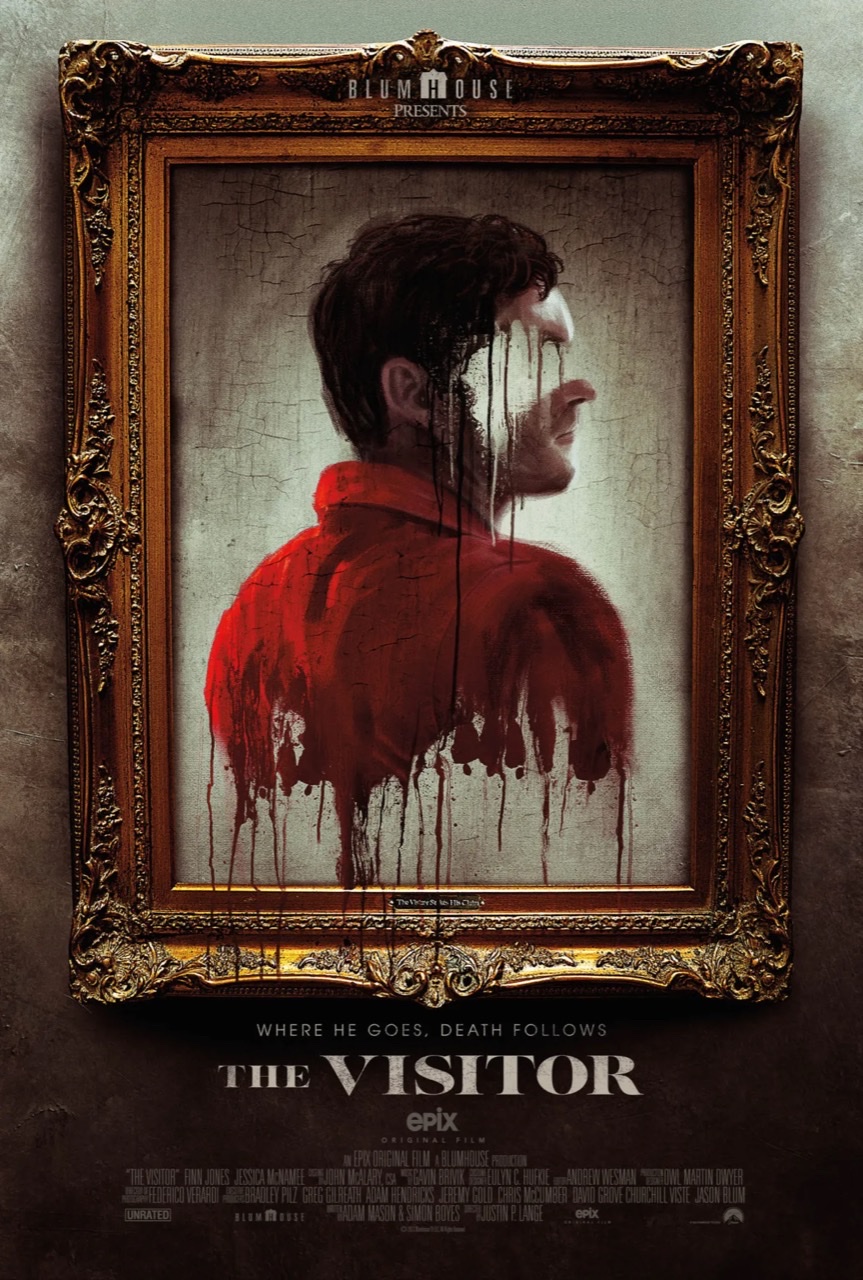 After a series of tragedies including the death of his father-in-law, Robert and his wife Maia leave their home in London to move back to her childhood home. But when Robert discovers an old portrait in the attic of a man who is his spitting image, he goes down a rabbit hole to discover the identity of this mysterious doppelganger known only as the visitor. It isn’t long until he realizes – where the visitor goes, death follows.