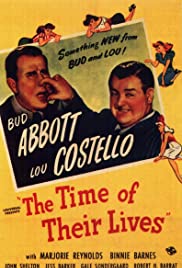 Two ghosts who were mistakenly branded as traitors during the Revolutionary War return to 20th century New England to retieve a letter from George Washington which would prove their innocence.

Watch The Time of Their Lives