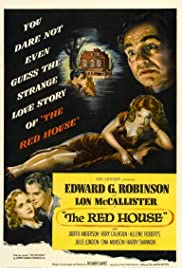 Pete and Ellen have reared Meg as their own, ever since she was a baby and her parents took off. Now a teen, Meg convinces her friend Nath to come help with chores on the farm: Pete isn’t getting around on his wooden leg like he used to. When Nath insists on using a short cut home through the woods, Pete gets quite agitated and warns him of screams in the night, of terrors associated with the red house. Curious, Meg and Nath ignore his warnings and begin exploring. Meg begins falling in love with Nath, but his girlfriend Tibby has other plans for him. Meanwhile they all get closer to real danger and the dark secret of the red house.