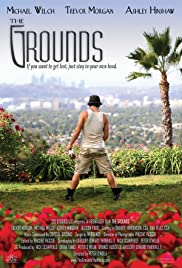 Calvin, an alcoholic wastrel, is forced to find a new job after he is fired from his grounds-keeping job at a golf course. After scaring away other potential applicants, he is hired to tend the grounds of a beautiful hillside mansion by Julie, the personal assistant to the owner of the home. Jack, heartbroken and suicidal, has refused to leave his property since his wife left him for a past love a year prior. On the night Jack decides to end it all, a drunken Calvin accidentally interrupts his boss’ suicide attempt. Calvin convinces Jack that it’s not worth it to kill himself when he has the means to continue living his reclusive lifestyle indefinitely. The two bond over their shared inclination to numb and preoccupy their minds rather than confront the pains of their past. When they can no longer run from their problems, their wills, and friendship, are truly tested. Written by 282 Studios.