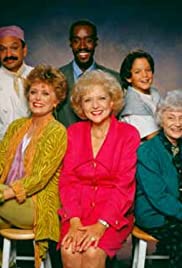 The Golden Palace is an American sitcom that originally aired on CBS from September 18, 1992, to May 14, 1993. The show is a spin-off of the sitcom The Golden Girls, continuing the story from that series. CBS cancelled the spin-off in 1993 after one season.