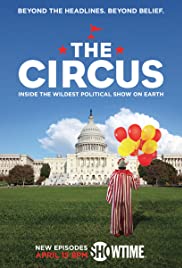 Come one, come all to The Circus. This real-time documentary series pulls back the curtain on the current political stories, revealing the intense, inspiring and infuriating stories behind the headlines. Key characters and events are presented in real time, as they are happening.