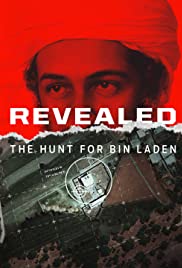 The History Channel marks the 20th anniversary of 9/11 with a new groundbreaking documentary about the biggest manhunt in human history. This documentary draws on interviews and stories told in the Museum’s special exhibition of the same name, and features interviews with Jan Seidler Ramirez, chief curator and executive vice president of collections, to tell the sweeping tale, linking policy, intelligence, and military decision-making as they converged on a mysterious compound in Abbottabad, Pakistan.