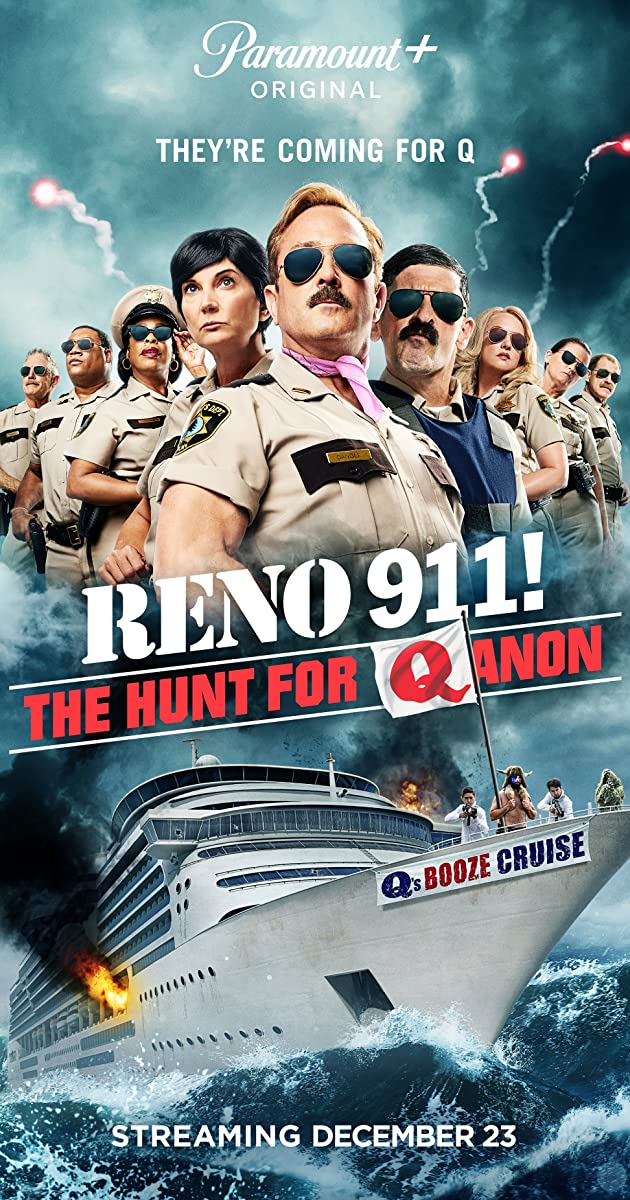 The Reno Sheriff’s Department find themselves in their stickiest situation yet, hunting down “Q,” the person supposedly behind all of the conspiracy theories concocted by the QAnon movement. In their valiant efforts, the officers find themselves stuck at the QAnon convention at sea, and ultimately end up in more trouble when they escape only to discover that they’ve landed on Jeffrey Epstein’s infamous island.