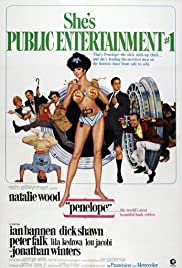 When James met Penelope at a club, it took all of three weeks before they were married. But after the marriage, other women became attracted to James and he kept getting promoted, which took him away from Penelope. So Penelope puts on a disguise and robs her husband’s bank. Her psychiatrist, Greg, believes that this condition is caused by James being over worked and under romantic with Penelope. She also tells Greg that she robs the business associates of James. But Greg is in love with Penelope – in fact everyone likes her. The problem is when she confesses to her crimes, no one believes her.