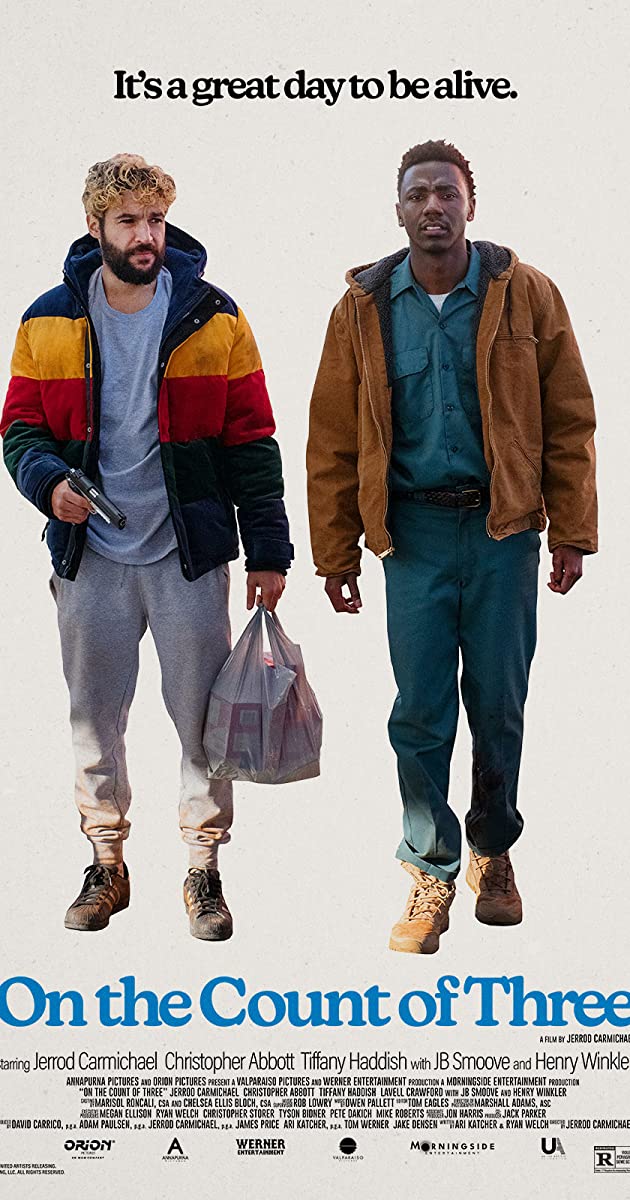 Val has reached a place where he feels the only way out is to end things. But he considers himself a bit of a failure—his effectiveness lacking—so he figures he could use some help. As luck would have it, Val’s best friend, Kevin, is recovering from a failed suicide attempt, so he seems like the perfect partner for executing this double suicide plan. But before they go, they have some unfinished business to attend to.

Watch On the Count of Three