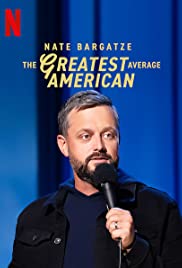 Tennessee-born comedian, actor, and podcast host Nate Bargatze is back with his second hour-long Netflix original comedy special, Nate Bargatze: The Greatest Average American. Nate reflects on being part of the Oregon Trail generation, meeting his wife while working at Applebee’s and the hilariously relatable moments of being a father and husband.