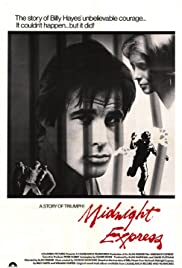 Billy Hayes is caught attempting to smuggle drugs out of Turkey. The Turkish courts decide to make an example of him, sentencing him to more than 30 years in prison. Hayes has two opportunities for release: the appeals made by his lawyer, his family, and the American government, or the “Midnight Express”.