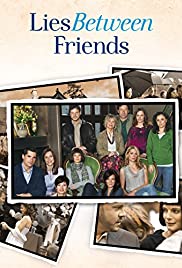 Fourteen years after graduation, a group of college friends convenes one weekend for a bridal shower for one of their own. The principal character, Joss (Gabrielle Anwar), and her freshman year roommate and best friend in college, Cait (Thea Gill), have been estranged for years, ever since Joss learned that her fiancé had been visiting Cait on the night he died in a motorcycle accident. As part of a recovery program, Cait wants to make up with Joss, but she dies before she can explain. Was her death an accident, a suicide, or something more sinister?