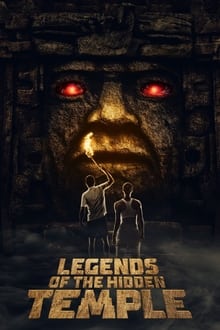 This supersized, adult version of the beloved ’90s competition series preserves many elements from the original, but this time around, the entire show is taken out of the studio and scaled up with tougher challenges. Every episode is a hero’s journey through a mysterious jungle, where five teams begin the journey, but only one is skilled enough to enter the ominous temple, avoid the dreaded temple guards, retrieve a lost treasure and return it to its rightful owner.