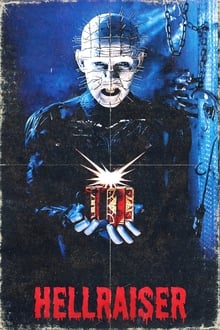 Larry and his wife, Julia move into an old house and discover a hideous creature – the man’s half-brother, who is also the woman’s former lover – hiding upstairs. Having lost his earthly body to a trio of S&M demons, the Cenobites, Frank, is brought back into existence by a drop of blood on the floor. He soon forces his former mistress to bring him his necessary human sacrifices to complete his body… but the Cenobites won’t be happy about this.