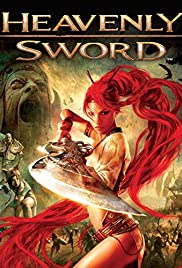 The film’s plot follows that of the game closely. Nariko, a member of an ancient tribe who have guarded an ancient magical sword for thousands of years, is charged with bringing the sword to its destined wielder, a deity reincarnated who will bring peace to the land. But on her quest, Nariko must wield the sword herself against the forces of King Bohan, who wishes to possess the weapon himself.