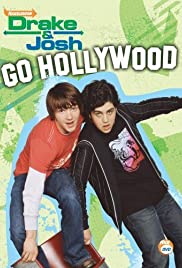 Drake and Josh are left home alone while their mom and dad leave on a ten-day cruise. But they have to take Megan to the airport in order to be ‘entirely’ left alone. Megan has to go to Colorado to meet her. Drake gets her a ticket to go not to Colorado, but to Los Angeles. Drake and Josh try to stop the plane, but are stopped by security guards. Then, they buy tickets to go to LA. When they’re on the plane, Drake sits next to some cute girls, while Josh sits next to some very annoying people. In the middle of the flight, Josh decides to go to a different seat. Josh sits next to a man that has a G-0. He doesn’t notice that the G-0 contains codes to run the money machine that he saw on the news. The annoying lady walks up to the front near Josh while there is turbulence. The lady falls on Josh, mixing up the G-0’s.