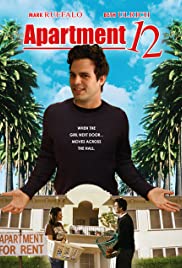 In this goofy comedy, Mark Ruffalo (ETERNAL SUNSHINE OF THE SPOTLESS MIND) stars as Alex, a struggling painter going through a particularly bad patch. Dumped by his girlfriend and unable to get work, Alex finds his life taking a rare upswing when he moves into a new apartment and falls for his neighbor, Lori (Beth Ulrich). But when things start to go wrong between Alex and Lori, their close proximity to each another proves to have an enormous downside, leading to further amusing antics as Ruffalo proves his comedic chops.