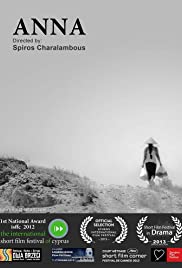 Mairy, a thirty-year-old woman from Philippines, works in a village in Cyprus. She takes care of Mr. Michalis, an eigthy-five-year-old man with arteriosclerosis. Mr. Michalis spends his days in front of the television, watching time and again a soap opera with a heroine named Anna. He soon becomes obsessed with this heroine, to the point of calling Mairy ‘Anna’, despite the remarks of his daughter Melpo. When Mairy finds some old photographs she makes an important discovery…