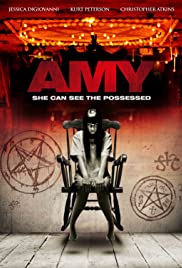 With the psychic power of clairvoyance, an extra-sensory perception, Amy starts witnessing haunting visions as her entire Amish village begins to fall into demonic control. An ominous funeral director, Christopher, uses Amy’s special abilities to seek out the covert leader behind the possession. Amy and Christopher must stop the fall of their village before the Devil takes over Amy’s soul-forcing them to perform a controversial exorcism