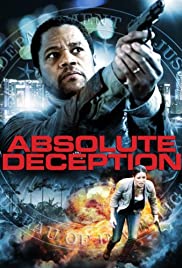 A widowed reporter recruits the help of a federal agent to investigate her late husband’s secrets, but the two become the target of unknown attackers. When FBI Agent John Nelson’s key informant, Miles, is abducted and shot, all that’s left is a severed finger. In order to find a new lead, Nelson travels to New York City to inform widowed magazine reporter Rebecca Scott that her long dead husband, Miles, had only recently been murdered to see if she had heard from him in recent years. Perplexed, Scott joins Agent Nelson in the wealthy enclave of Australia’s Gold Coast to find out what really happened. The two soon discover Miles may have been part of an elaborate “Ponzi scheme” to bilk investors, and a vengeful billionaire, out of millions of dollars. As more layers of Miles’ secret life are exposed, can the two stay ahead of the mysterious attackers who will stop at nothing to halt their investigation?